You are using an out of date browser. It may not display this or other websites correctly.
You should upgrade or use an alternative browser.

Feeding the Deer of the Keweenaw 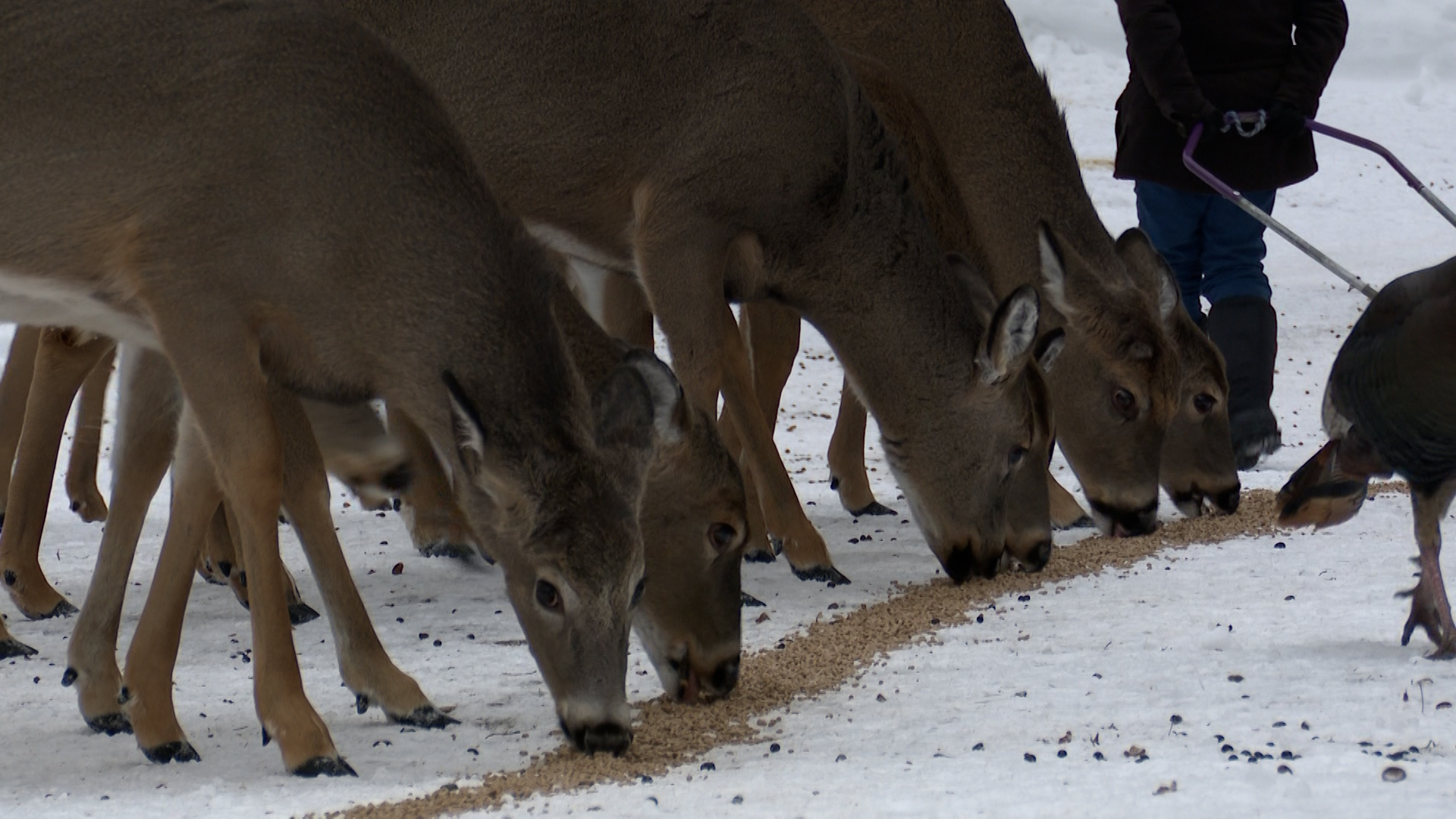 Our local news did a story on feeding a thousand deer a day during the winter months. I thought it worthy of sharing, I hope you like it.
​
EWEENAW COUNTY, Mich. (WJMN) – For most people, having over one hundred deer in your yard isn’t usually something you see every day. But Richard and Synthia Marsh are no strangers to seeing so many hooves.

As members of the Calumet-Keweenaw Sportsmen’s Club, they are a part of a decades-long club project called supplemental deer feeding.

“These deer, they travel here in the wintertime because the snow depths as you go further up in the Keweenaw just get too deep,” said Club Secretary Richard Marsh. “They come down here and historically this is where the hemlocks and cedars were that they would migrate down to for wintering because hemlock and cedar is their best space for them to winter. So of course, they’ve been coming here, of course with development and everything else that’s been going on, that has changed a little bit. A lot of the hemlock and cedars that they would winter in are gone, and order to help them we’ve been doing supplemental feeding.”

Marsh said winters in the U.P., specifically in the Keweenaw, have been getting longer and more severe.

“The DNR recognizes a winter as severe for deer if there’s more than 12 inches of snow on the ground for more than 100 consecutive days. In the last 11 winters up here, there’s only been three that didn’t fall in that category as severe. And a lot of those have been back-to-back and traditionally a back-to-back winter like that would cause a huge over-winter mortality rate with the deer. So, we’re trying to avoid that over-winter mortality.”

The Calumet-Keweenaw Sportsmen’s Club has been deer feeding, fish stocking and promoting conservancy advocacy since 1946. While their hope would be to focus on habitat restoration as an alternative to supplemental feeding, Marsh said it’s not that simple.

“Is it the best thing to be doing? No. I’ll be perfectly honest. We as a club would like to go towards habitat improvement which that is really would be the ideal thing to do. The problem that you have is we can go in and put all sorts of food plots we can do a lot of work in different areas. But when you have 36, 48, 50 something inches of snow on top of all that, the deer still can’t get to that food.”

Marsh said there is a lot of misunderstanding when it comes to supplemental feeding.

“A strong misconception that we are feeding them strictly to fatten them up so we can shoot them in the fall. That is so far from the truth. Our goal has been and always will be to try and improve the deer herd, sustain the deer herd, and those are really the two things. You know, try to get them through the winter, get them through the winter healthy, so that they have healthy offspring. Otherwise, if we stopped feeding, the first severe winter here in the Keweenaw we would probably see anywhere from a 20 percent to 50 percent mortality rate the first winter.”

The Calumet-Keweenaw Sportsmen’s Club purchases over 40 tons of feed every season which can cost up to $30,000. As a non-profit organization, and with no government funding available for projects such as supplemental feeding, the club relies on donations to purchase the feed every season.

“It’s hard to say what’s the better solution. I mean some would say, well, you know, let nature take its course and it is what it is, which is easy for somebody’s who’s not watching a deer starve to death,” said Marsh. “We see it, even when we’re here feeding, we will see deer that show up in March or April and we know when they show up, they come up on top of the ridge and in there with the other deer, they’re not going to make it.”

The club seeks donations for deer feed for the winter-feeding season all year long. If you would like to donate or become a club member, you can do so at keweenawsportsmen.org.